Hey Florian ! Omri here, as you might heared I had to be in London for a job, I should be back by 2-3 O'clock but in case I cant make it I wrote very short text here.

So ill divide my current projects into 3 parts roughly.

with a past of traditional commercial practice in news photography , coming from Israel to study art at the Gerrit Rietveld Academie, During my years of study (graduated 2 years ago) and after it became clear that my fascination in general is into the role of technology and mostly new technologies in creative workflows and in daily life in general, on the other hand I have a big attraction to the transparent, that can be transparent people that we see every day and pay no attention to, and it can be an algorithm that runs your DSLR camera, in order to convert light into pixels. So after doing allot of 3D scanning/printing so on for my graduation show, in the past year im busy with building my own drawing robot, and making connections with programmers from all over the world (currently Prussia Spain Italy and Scotland) in order to find new ways and algorithms to process images into machine files. besides that also using my own ways to convert 3D lines to machine drawings : 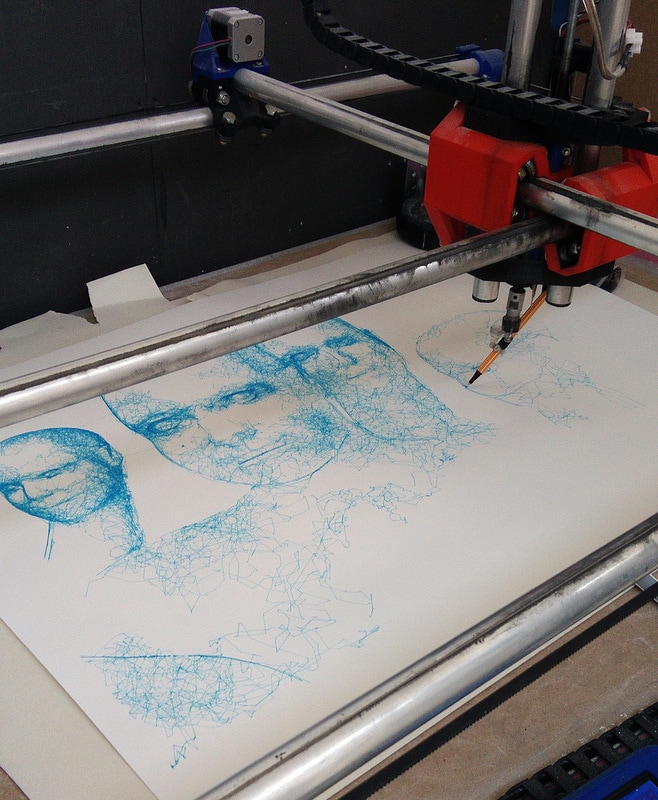 1. the first direction is mostly about modern and recent representation of the human body within 3D computer generated imagery. while trying to understand how a compuer can understand light and shadows, i create my own 3D scenes consisting mostly of those 3d default characters, trying to see what emotions or relations can one feel to those non existing humans. 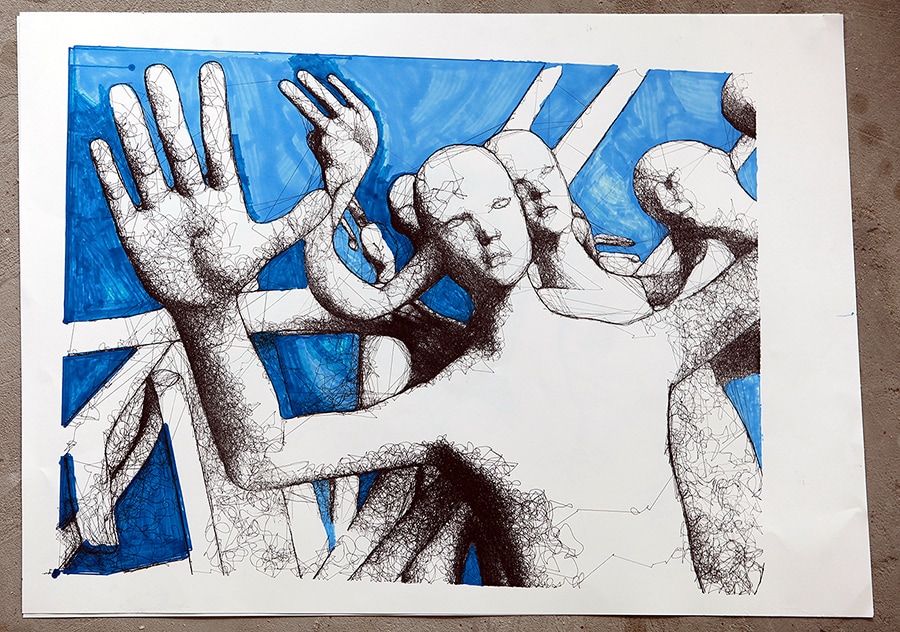 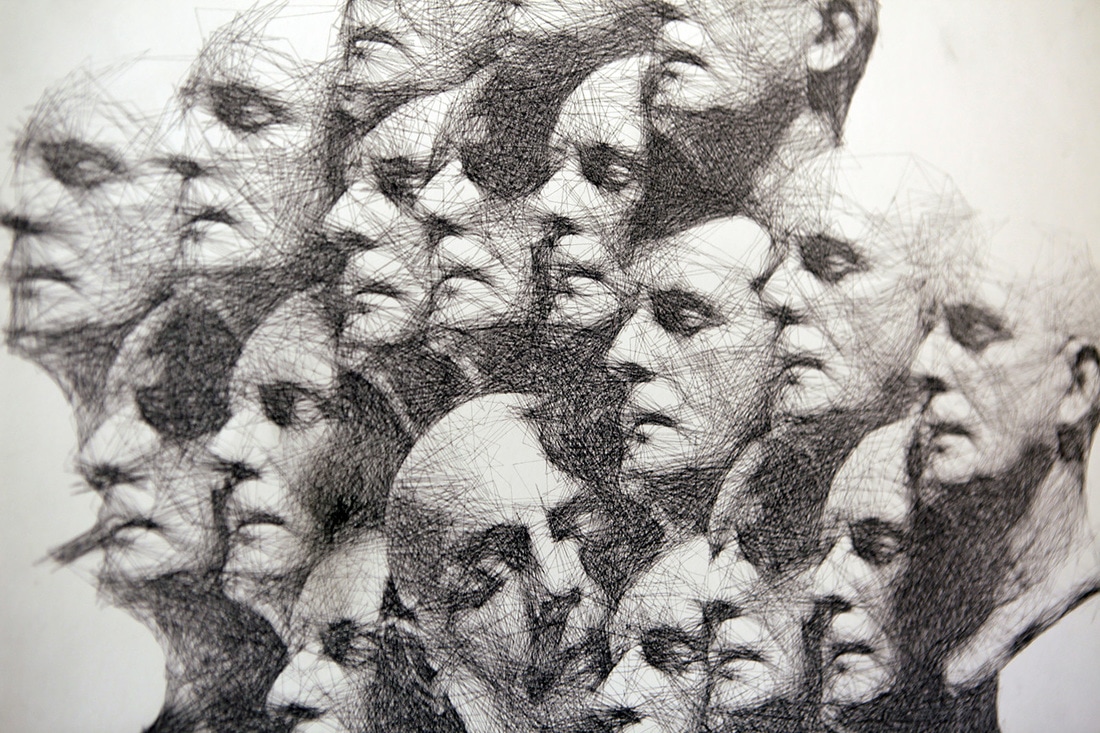 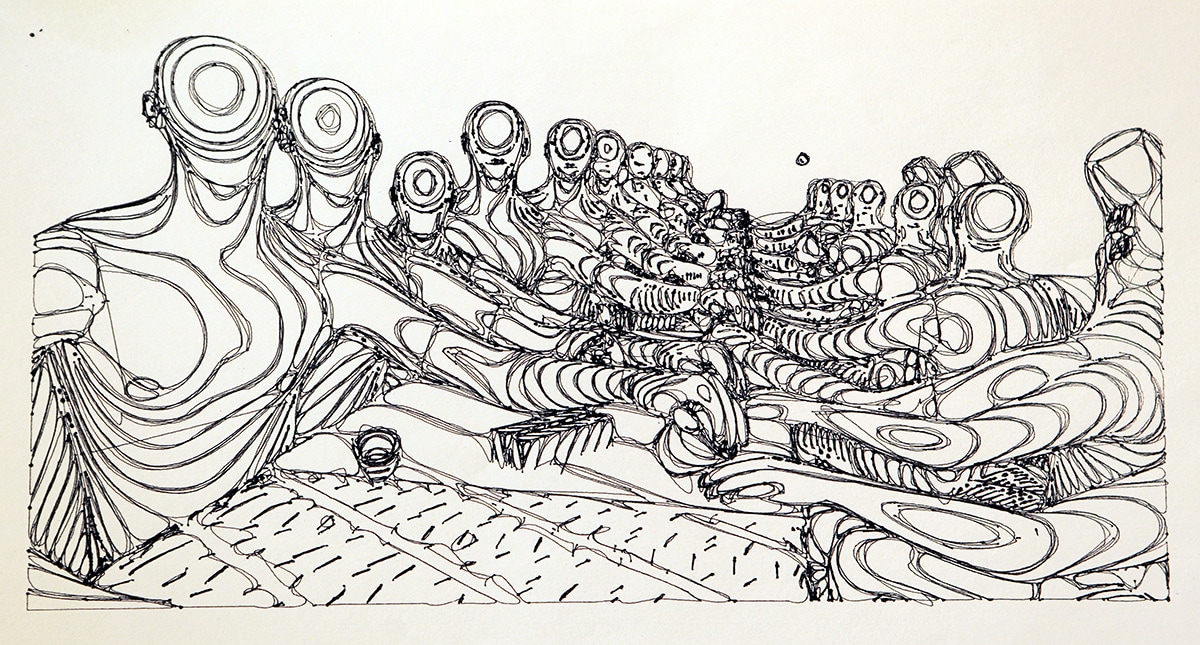 2. this is a bit more complex process but using my machine im also able to apply my images into ceramic pieces, somewhat digital printing into clay, havent investigated that too much yet for time/money reasons. 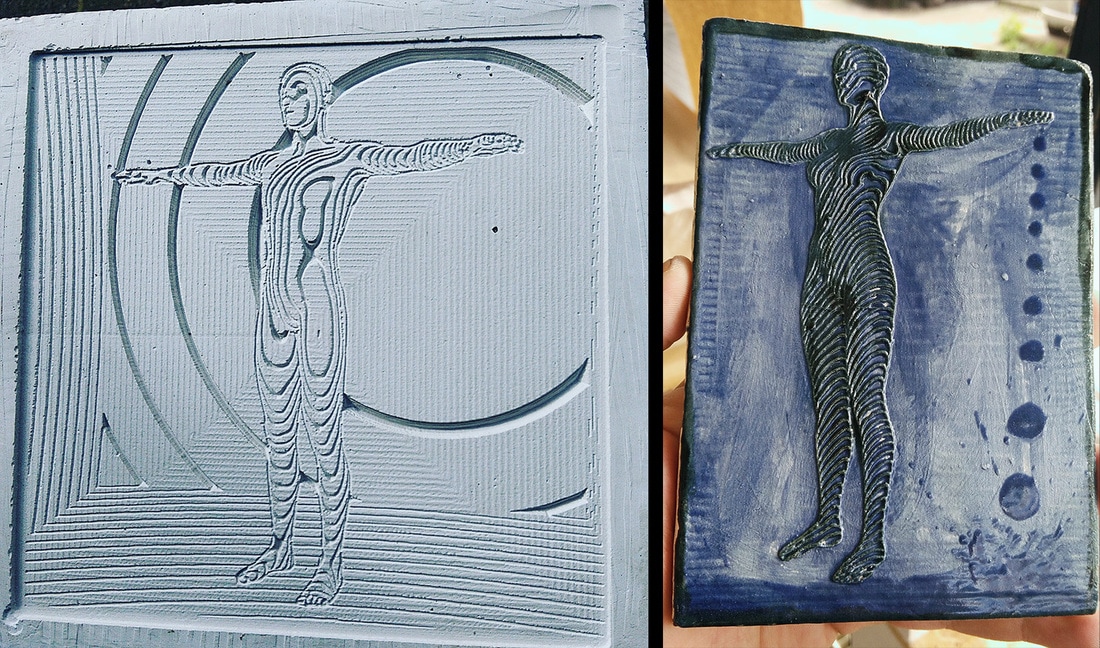 3. borrowed memories (temporary name) W.I.P
this direction is mostly about where do images end up in, and also about the mixed feelings you can get while peeping into a complete stranger life, so basically im buying in flea markets used SD cards of cameras, and later I recover as much content as I can from those cards, revealing very strange and unexpected window into events and lifes that i know nothing of, while starting to feel mixed emotions and sometimes even a connection to the "heroes" of the story while scrolling through the linear events.
later using my machine to make drawings or possibly paintings based on those photos. first image is a real drawing rest are simulations 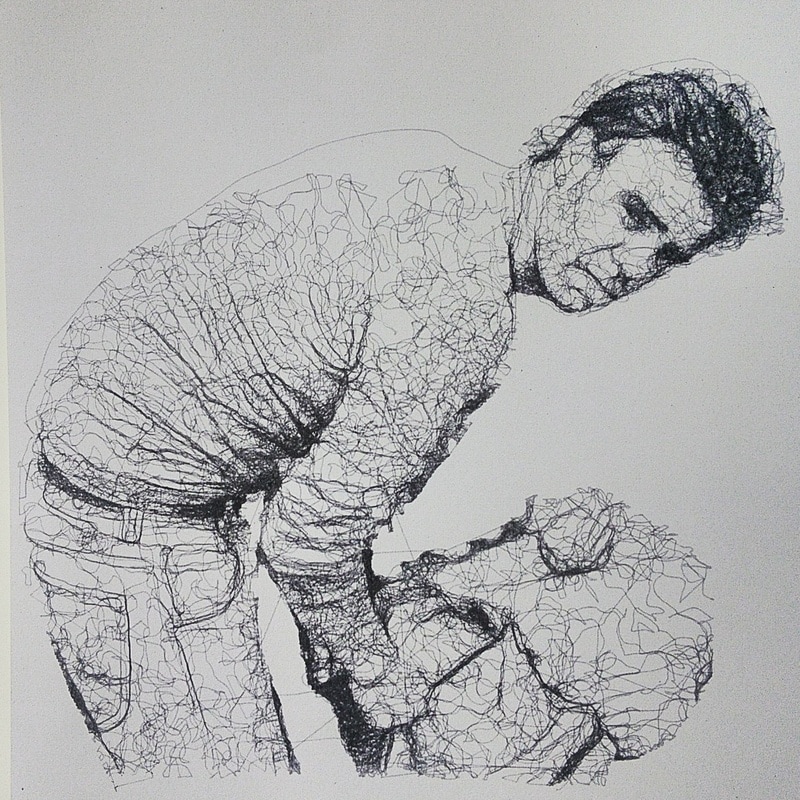 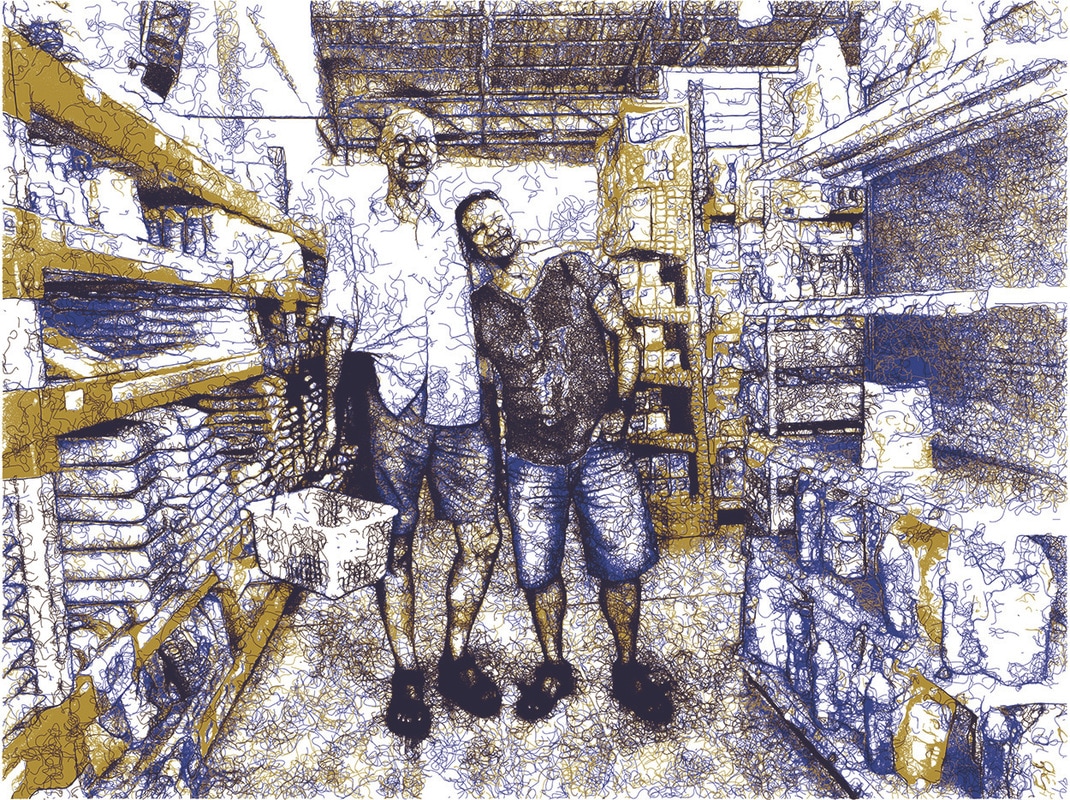 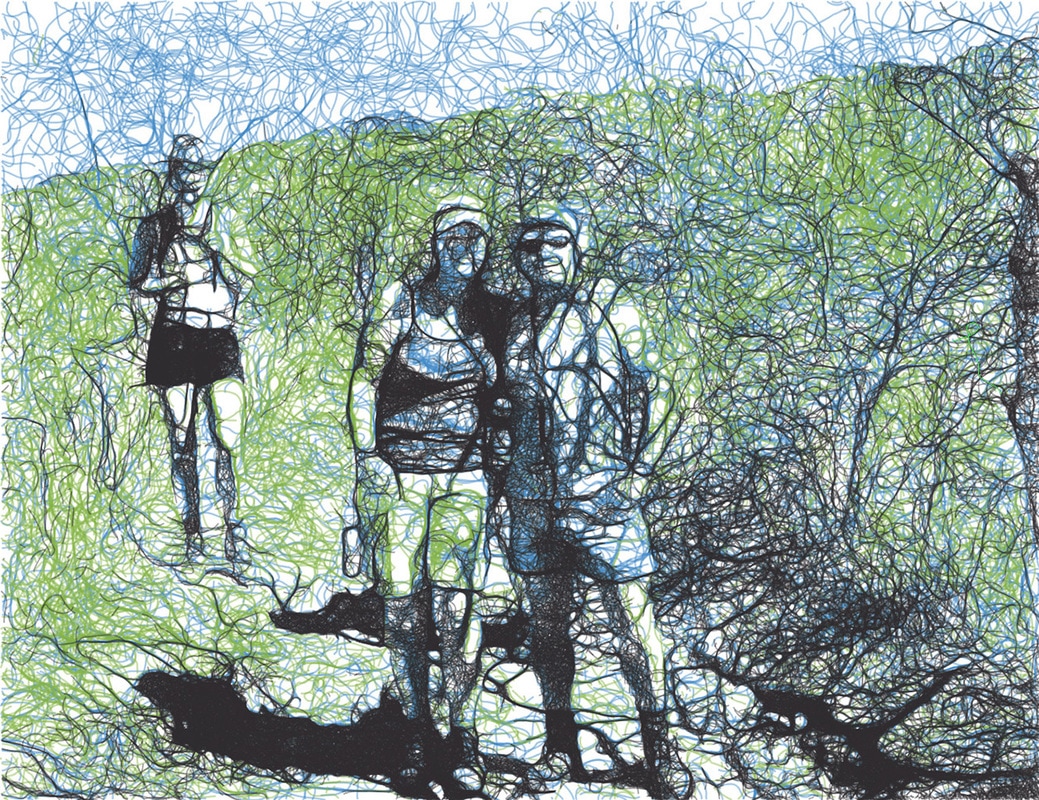 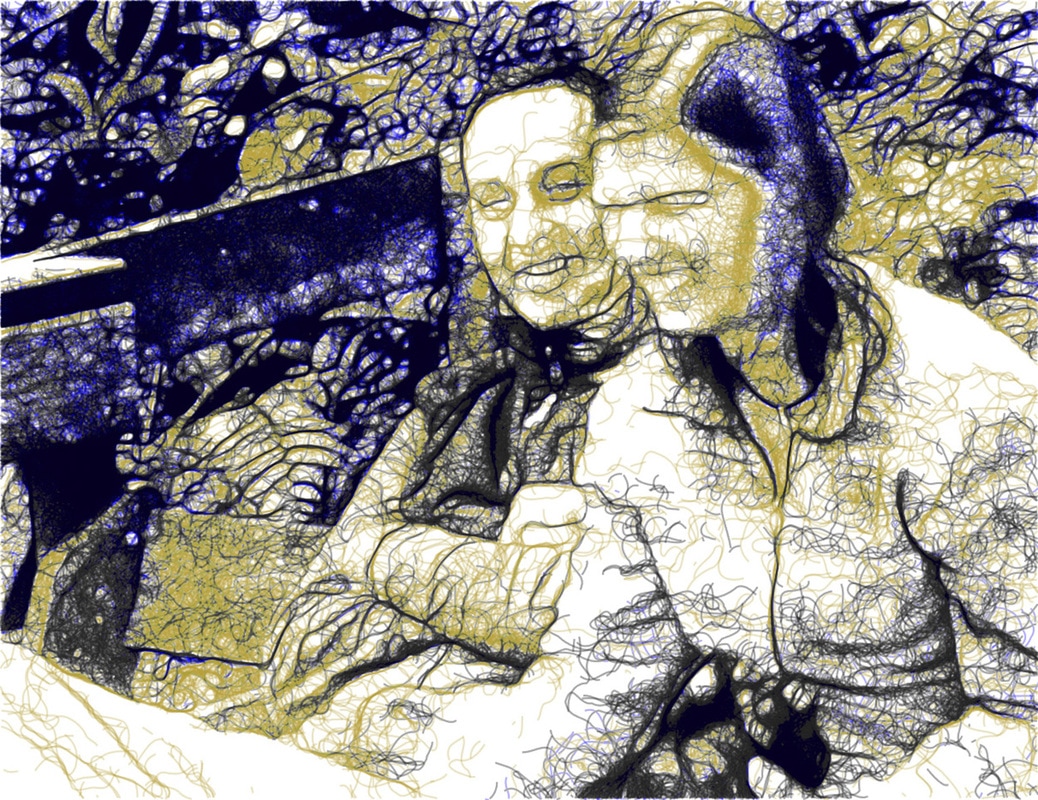